Postcard 10 - Tibetans adapted to high altitude in less than 3,000 years 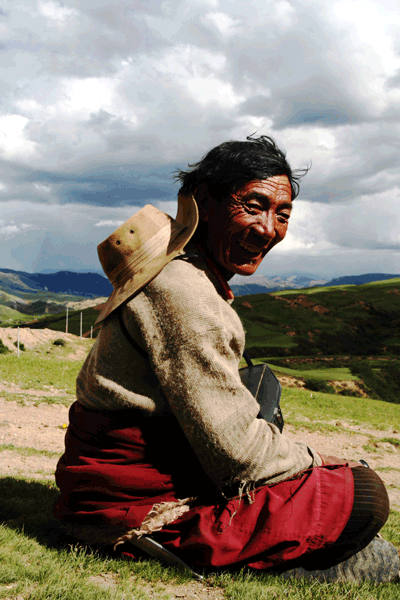 A comparison of the genomes of 50 Tibetans and 40 Han Chinese shows that ethnic Tibetans split off from the Han less than 3,000 years ago and since then rapidly evolved a unique ability to thrive at high altitudes and low oxygen levels.
The genome-wide comparison, performed by evolutionary biologists at the University of California, Berkeley, uncovered more than 30 genes with DNA mutations that have become more prevalent in Tibetans than Han Chinese, nearly half of which are related to how the body uses oxygen. One mutation in particular spread from fewer than 10 percent of the Han Chinese to nearly 90 percent of all Tibetans.
"This is the fastest genetic change ever observed in humans," said Rasmus Nielsen, UC Berkeley professor of integrative Biology, who led the statistical analysis. "For such a very strong change, a lot of people would have had to die simply due to the fact that they had the wrong version of a gene."
The widespread mutation in Tibetans is near a gene called EPAS1, a so-called "super athlete gene" identified several years ago and named because some variants of the gene are associated with improved athletic performance, Nielsen said. The gene codes for a protein involved in sensing oxygen levels and perhaps balancing aerobic and anaerobic metabolism.
The new findings could steer scientists to till-now unknown genes that play a role in how the body deals with decreased oxygen, and perhaps explain some diseases, including schizophrenia and epilepsy, associated with oxygen deprivation in the womb, he said.